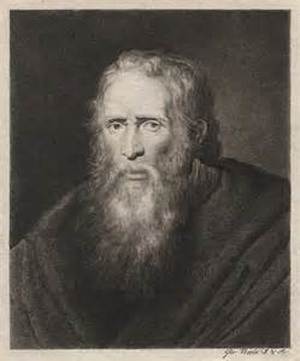 The ancient civilisation of China appears to have more than its fair share of people living not only to 100 years old – but well over that age (such as the famous Buddhist Master Xu Yun who died in 1959 in his 120th year).  It is no secret that human beings live longer if they suffer less physical and psychological stress in their individual lifestyles, if they have access to a good and nutritious diet, and adequate shelter and clothing.  In around 1850, for instance, in the UK during the ever increasing stresses associated with the oppressive working conditions of the Industrial Revolution, a British working man, if he was lucky, would have done well to have lived to 30 or 40 years of age.  Since the instigation of the British Welfare State in 1948, and its comprehensive social care package, people in general in the UK have been living generally longer, barring accidents, illnesses, and genetic predispositions, etc.  From a scientific perspective, it is interesting to consider just how long in theory (and practice) a human being could live, given that everything in living conditions was optimised for maximum survival.  Of course, this experiment suggests a scientific manipulation of the environment to produce a specific result, but in the case of the humans who have been thought to have lived a very long time to date, theirs has been a ‘natural’ product of longevity selection.  What follows is the details surrounding the life of the oldest known man to have lived in England.  His name was Thomas Parr, and when he was finally introduced to King Charles I, he was known to already have been in his 152nd year of life.  He was so famous that when aged 122 years old, his portrait was painted by the famous artists Rubens (see above) and Van Dyke – with one of his portraits hanging at the Shrewsbury Museum and Art Gallery carrying the inscription: ‘Thomas Parr died at the age of 152 years 9 months’ – and another at the National Portrait Gallery.  It is also interesting to note that Thomas Parr attributes his longevity in part, to the following of a vegetarian diet.  The biography of Thomas Parr is as follows:

‘At Great Wollaston, just off the road from Shrewsbury to Wales, stands a small thatched cottage, birthplace and home of the oldest Englishman who ever lived.  Thomas Parr was born in 1483.  He lived to see ten monarchs on the throne, from the Plantagenet Edward IV, through all the Tudors to the Stuart Charles I.  He joined the army at 17, returning when he was 35 to run the family farm.  He married for the first time when he was 80, had an affair and an illegitimate child when he was 100 and married again at 122.  When he was 152, the Earl of Arundel took him up to London to meet Charles I, who asked for the secret of his long life.  ‘Moral temperance and a vegetarian diet,’ he replied.  Unfortunately, the foul stench of London polluted his lungs, which had thrived on Shropshire air, and he died in November 1635.  He is buried in Westminster Abbey.’