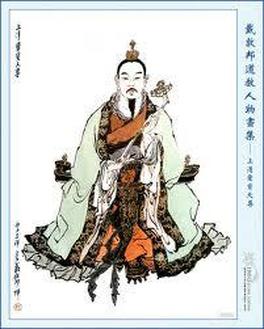 ​Translator’s Note:  Occasionally I am approached by practitioners of other Daoist lineages who enquire about the Qianfeng path – and immediately protest about the ‘Ch’an’ nature of the initial instruction.  This is because they do not understand the Wu Liu or Qianfeng teaching, and have neither the patience nor maturity of insight to pause for a moment and consider what they are doing.  Such enquirers would rather be left with their own ignorance than take a step back to learn something new.  If practitioners of the Dao cannot be ‘still’ it does not really matter what path they think they are following, as nothing will come of their misplaced efforts.
​ACW 28.3.2016

The Wu Liu School strongly advocates the mastery of the method of energy centre self-cultivation (丹法 – Dan Fa) that emphasises the achievement of ‘stillness’ and ‘tranquillity’ (清静 – Qing Jing) in the mind and body.  The Wu Liu School achieves this through an integration of the Daoist path of Immortality with that of the enlightened path of the Buddha (仙佛合宗 – Xian Fu He Zong).  However, the Wu Liu School remains silent about the interaction of yin-yang (阴阳).  It advocates the cultivation of pre-natal (先天 – Xian Tian) breathing, and the abandonment of post-natal (后天 – Hou Tian) breathing.  Absolute yang (真阳 – Zhen Yang) is cultivated to realise the pre-natal state which is dependent upon the development of ancestral vital force (祖炁 – Zu Qi).  The original essence (本原 – Ben Yuan) is achieved through the development of external medicine and internal medicine (which are integrated) to achieve the pre-natal state of ancestral vital force.  The cultivation of external medicine is described as:

‘Ancestral vital force is generated in the body, and stored in the lower energy centre (丹田 – Dan Tian).  However, as it is taken into the body from the external environment, and occurs whilst the body is alive, it is not alien to the living body, but is part of its inherent structure and function.  Due to its external origination it is referred to as external medicine (外药  - Wai Yao).’

External medicine is the product of a living body (and its environment).  This is gathered through self-cultivation and refined into internal medicine.

‘The only reality is unified vital force.’  Ibid

Wu Shouyang also thought that the ‘Three-legged Furnace’ (鼎炉 – Ding Lu) was gender-neutral (i.e. neither male nor female) and that it represented the lower energy centre and the ‘smelting’ self-cultivation process that refines qi (气) energy.  He said: