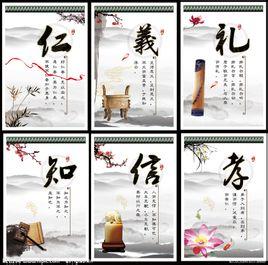 Without correct and respectful behaviour and decorum between master and student – no meaningful transmission of knowledge and wisdom can take place.  This was true in the feudal past, and is equally true in the secular present.  If there is no respect, there is no agency through which profound teachings can pass from one mind to another.  Therefore, it is the duty of every master to prepare to be worthy of being a teacher – and the duty of every student to prepare to be worthy of receiving the instruction:

For Buddhist and Daoist wisdom to be retained and conveyed, the vehicle must be made ready and road-worthy.  This ‘vehicle’ is of course, both the ‘container’ (i.e. ‘teacher’) and the ‘reciprocal’ (i.e. ‘student’).  Sometimes there is a spontaneous realisation of knowledge and wisdom whereby a dedicated student of the Dao is self-disciplining and self-educating, but even this achievement generally requires some type of authentication from a trusted third party.  Although the Buddha had no specific teacher for the pristine enlightenment he finally realised (through self-effort), nevertheless, his sutras are full of the names of the Brahmanic and Yogic teachers he learned from along the way.  The Ch’an and Daoist masters of old grew-up in China within the social structures of not only a Confucian State (ruled by an absolute monarch), but also a Confucian cultural setting.  This is why Chinese Buddhism and Daoism are heavily influenced by Confucian thought patterns and behaviours.  One main influence in this interaction is the regulation of how a student seeking knowledge should behave toward a teacher who possesses the knowledge sought after.  This is not a free for all, or a set of random interactions.

The most important aspect of the behaviour of Ch’an and Daoist masters in China is that they always conformed to Confucian social mores;

1) Ch’an and Daoist masters held complete and total power in the relationship between student and teacher (as defined by Laozi and Confucius).

2) A sign of this authority often (but not always) rested in the Ch’an and Daoist master’s possession of the fly-whisk – which looks like a horse’s tail affixed to a top of a stick (which is about two foot long) and held in the right-hand.

3) The inherent respect with which the disciples of the Buddha held him, is mirrored in China for a general respect of teachers by their students.

4) Even when Daoist masters left mainstream Chinese society to live in the hills, they still demanded that enquiring students approached them for instruction with the relevant modes of respectful behaviour.  Part of this behaviour often involved an arduous journey of self-discovery as the whereabouts of the masters was often very difficult to locate.

5) Ch’an Buddhist and Daoist masters did not accept everyone who approached them for instruction – despite their inherent motivations of compassion and loving kindness toward all beings.  This apparent rejection was often justified as the enquirer not possessing the correct attitude of respect, the appropriate levels of knowledge, the right experience, or not sharing an innate karmic link (or sense of ‘togetherness’) with the masters concerned.

6) The Confucian attitude toward the teacher-student relationship is found in the Analects and states that if a master holds-up one corner of a cloth – the student is expected to bring him (or her) the other three corners.  This demonstrates the Confucian requirement for a student to be pro-active, vigorous, and creative in the relationship, and not just passively await to be filled-up with somebody else’s knowledge, as such passivity is deemed ‘disrespectful’.

7) Daoist masters (including Laozi and Zhuangzi), often advised leaders in how to govern (or not govern) their countries (see the Huainanzi for instance).  The Yellow Emperor (Huangdi), one of the esteemed founders of Daoist knowledge, ruled a kingdom which he very much defined through the observance of behaviours in accordance with the cycles of nature.  Even this pre-Confucian society was highly ordered and in no way chaotic.

8) The apparent ‘odd’ or ‘anarchic’ behaviour of Daoist or Ch’an masters is really nothing of the sort, and to view it as such is to completely misunderstand the two traditions.  Masters of these traditions abided by the rules of the society they inhabited (even if they sometimes protested about injustices), but their unusual behaviour was designed as a distinct (and appropriate method) to free the mind of the enquiring student from the attachments he or she possessed regarding the social structures and cultural practices they lived within – and nothing else.

9) Freedom within a Confucian society such as that found in ancient and imperial China, is designed to allow the individual to self-develop in such a manner that benefits society.  This emphasis upon self-development for the betterment of the whole, is certainly the emphasis to be found in the new and secularised China.  Whereas modern notions of freedom in the secularised West are inherently ‘away’ from the auspices of an all controlling and over-arching Judeo-Christian theological State, and toward an all-consuming individuality, this cannot be superimposed as an interpretive attitude upon the examples of the Ch’an and Daoist masters of old China.  This type of outward and lateral freedom IS NOT the inner freedom that Ch’an and Daoist masters routinely represent in the world, and should not be mistaken for it.  Indeed, this type of freedom is quite often viewed as a freedom without social responsibility, and any good Ch’an or Daoist master (even today) will not teach a student who thinks that a lack of respect and responsibility toward a knowledgeable authority is a means to acquire knowledge from that authority.