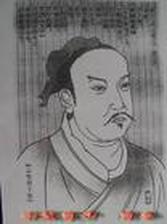 Translator’s Note:  Liu Huayang was a Ch’an Buddhist monk who made progress through his meditational training, but failed to make the final breakthrough.  His full enlightenment only came about after he studied the Daoism of Wu Shouyang (aka Wu Chongxu) as it advocated an integrated Ch’an Buddhist and Daoist approach to self-cultivation.  His exact dates are not known but he is thought to have been born in 1736.  There is a rumour in China that he never died but continues to sit quietly in the hills.  His primary teacher - Master Wu Shouyang (aka Wu Chongxu) was purported to have died whilst in seated meditation in 1644.  However, at that time his body was said to have ‘disappeared’.  This story has had far-reaching implications, because 136 years later (in 1780) he seems to have appeared to Master Liu Huayang and transmitted his Daoist lineage to him.  Hundreds of years between master and disciple is not unheard within Chinese culture, as can be seen through the example of Confucius and Mencius.  Liu Huayang developed the Wu Liu principle of practising Ch’an meditation as the first stage of penetrating emptiness before moving onto Daoist self-cultivation.
ACW 30.3.2016

Liu Huayang (柳华阳) [1736 - ?] lived during the Qing Dynasty and was from Hongdu (洪都) [now Nanchang in Jiangxi province].  In his youth he passed the imperial examination, but as he was a practising Buddhist from a child, he gave up his official post and ordained as a Buddhist monk. However, despite his best efforts he could not fully penetrate the true underlying reality of life, and instead decided to exclusively dedicate his time to cultivate the Daoist path.  He encountered the work (and spiritual presence) of the enlightened sage Wu Chongxu (伍冲虚) (i.e. Wu Shouyang) and the Great Master Kun Yun (壸云大师 – Kun Yun Da Shi) from whom he received the transmission of the secret of the Great Dao (大道 – Da Dao) transmitted through the Pill of Immortality (金丹 – Jin Dan) or ‘Golden Lower Energy Centre Self-cultivation’ practice.  Following this Daoist training he gained an instant enlightenment (and great insight) into the underlying reality of existence.  He then wrote the texts entitled ‘Wisdom Life Classic’ (慧命经 – Hui Ming Jing) and ‘Golden Immortal Principle Treatise’ (金仙证论 – Jin Xian Zheng Lun).  As his main teacher was Wu Chongxu, Liu Huayang understood that the Daoist lower energy centre self-cultivation (and the wisdom generated through its practice), corresponded exactly with the profound effects of Ch’an Buddhist meditation at its highest level and this is how the Wu Liu School (伍柳派 – Wu Liu Pai) was finally developed.

柳华阳（1736—？），清代洪都（即今江西南昌）人，起家科第，但自幼好佛，后出家为僧人。因未了慧命合彻之旨，又出佛皈道。得遇伍冲虚真人及壸云大师，传以金丹大道秘诀，自感豁然了彻，乃知慧命之旨乃自家本来之灵物，遂著《慧命经》、《金仙证论》。因其师事伍冲虚，且丹法理法悟见与实践与伍氏相同，且著述与伍氏有互相参辅之特点，相从者其众，影响广大，故与伍氏被合称伍柳派。
©opyright: Site design, layout & content Qianfeng Daoism (UK)  (2014).  No part of this site (or information contained herein) may be copied, reproduced, duplicated, or otherwise distributed without prior written permission from qianfengdaoismuk@f-m.fm