Brief History of Daoist Lineages in the Ming and Qing Dynasties 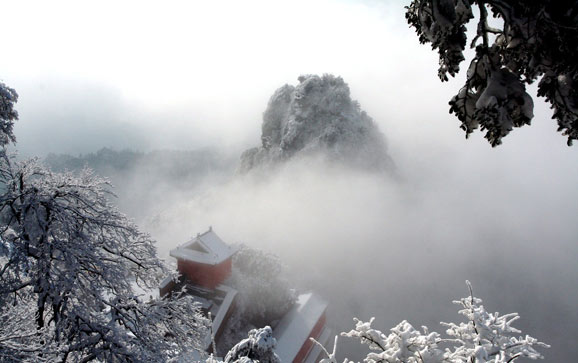 At the end of the Ming and beginning of the Qing dynasties, the three spiritual schools of Confucian, Daoism and Buddhism all found that they had to adapt their established methods to the changing times at the national level.  During this time period (and as a response to it), the Ming imperial scholar named Yang Lairu (杨来如) established the ‘Reason Gate’ (理门 – Li Men) School in the Hebei and Shandong area (this is also referred to as ‘Reason Spirituality’ [理教 – Li Jiao]).  This is in essence an integration of the three distinct philosophical paths of Confucianism, Buddhism and Daoism into a single and comprehensive teaching and practice (focusing upon the cultivation of the mind and body).  This type of activity was required because of the perceived failure of conventional spiritual paths that appeared unable to adapt to radically changing times.  After-all, the thinking underpinning the teachings of neo-Confucianism (especially after the time of Wang Yangming [王阳明]) was already a spent force, and had become hopelessly confused and incoherent.  The true enlightening method of Ch’an Buddhism became obscured and many ordinary Buddhists took to chanting mantras without proper guidance, that they could not understood.  Although correct Ch’an masters did exist, they were few and far between and could not directly benefit the people.  The Daoist teachings after Lu Chunyang (吕纯阳) and Zhang Ziyang (张紫阳) divided into four main schools:

1) Eastern School (东派 – Dong Pai) as exemplified by the Daoist pursuits of the Ming Emperor Jiajing (嘉靖), and which arose from the root Daoist teachings of Lu Qianxu (陆潜虚).

2) Western School (西派 – Xi Pai) that builds health and generates longevity (产生 – Chan Sheng). During the Qing Dynasty, there developed the ‘Mind – Body Dual Cultivation’ (Shuang Xiu - 双修) method practised by the Western School and the branch of Daoism known as ‘All Abundant Division’ (咸丰间 – Xian Feng Jian).  These teachings had their theoretical basis in the work of Li Hanxu (李涵虚).

3) Southern School (南派 - Nan Pai).  There was also the development of the ‘Fundamental Nature of Life’ (Xing Ming - 性命) method, which was spread far and wide through the Southern School that developed many branches, and which was based primarily upon the teachings of Zhang Ziyang.

4) Northern School (北派 – Bai Pai).  During the end of the Song Dynasty and the beginning of the Yuan Dynasty, the emerging Complete Reality Way (全真道 – Quan Zhen Dao) School began, developing its own distinct interpretation of Daoist ‘inner’ self-cultivation, and through its various sub-branches, absorbed non-Daoist spiritual and philosophical influences over-time.
Zhang Ziyang was one of the inspirations behind the development of this Northern School that eventually developed the highly influential ‘Dragon Gate’ (龙门 – Long Men) Branch founded by Qiu Changchun (丘长春).  From the Longmen School developed the Wu Liu School (伍柳派 – Wu Liu Pai), which arose from the teachings of its founders – Wu Chongxu (伍冲虚) and Liu Huayang (柳华阳).  This is a highly specialised method that sees essential nature (精 – Jing), refined through the cultivation of vital force (气 – Qi), and vital force refined through the cultivation of spirit (神 – Shen).  This is the Energy Centre Self-Cultivation Law (丹法 – Dan Fa) also referred to as ‘Internal Self-Cultivation’ (内功 – Nei Gong), that sees ‘shen’ refined into an all embracing emptiness (虚 – Xu) that contains all things. The point of this self-cultivation and realisation was not only good health, but a definition of spirit-led ‘immortality’ (神仙 – Shen Xian) that extended life expectancy, achieved through a new Daoist teaching premised upon the equal cultivation of mind and body (as a virtuous means to escape poor health and the associated miseries of ordinary existence).  As the Wu Liu Pai broke with the old Daoist habit of ‘secrecy’ and ‘exclusive’ lineages, (as well as the use of arcane language that no one could understand), its method soon rapidly spread amongst the common people and became incredibly popular throughout China.  The willingness to teach ordinary people without exception distinguishes the Wu Liu Pai from other Daoist Schools even today in China, where Wu Liu masters often teach the poorest people free of charge as a compassionate and virtuous act.

From the Qing Dynasty until modern times, (and for thousands of years before this), many orthodox Daoist Schools have passed on their respective lineages in secret, so that only a few could benefit from the attainment of immortality of the spirit.  This approach to tradition has meant that until very recently, there has been very little objective academic research performed upon the subject of Daoism as a distinct form of medicalised spirituality.  In part this is due to the orthodox Daoist attitude that perceives the use of the intellect in this ‘academic’ manner, as being inferior to actually applying oneself to the Daoist path.  In modern China, this situation has started to change, as an academic body of knowledge is slowly being built-up as more legitimate Daoist masters come forward and share their teachings, and Daoist schools like the Wu Liu (and their derivatives) continue to openly share what was once ‘secret’ Daoist arts and practises. Daoism is a very broad subject and much of it is still obscured from general view, and this text presented here, may serve as a very basic introduction to this fascinating subject.

此外，自明末国破，满清入关之初，有明朝进士杨来如，在山东、河北一带，创设理门(现在称为“理教”)，综合儒、释、道三家修心养性的一般方法，类似宋末元初的全真道，虽其初立教的方式，亦与道教有关，但现在已自成为新兴的另一宗教，亦不备述。
©opyright: Site design, layout & content Qianfeng Daoism (UK)  (2014).  No part of this site (or information contained herein) may be copied, reproduced, duplicated, or otherwise distributed without prior written permission from qianfengdaoismuk@f-m.fm