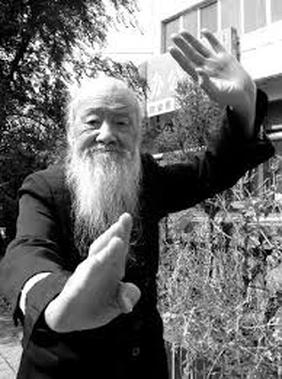 Translator’s Note:  Daoism is an elaborate and diverse system of traditional Chinese developmental thought.  As an elaborate body of knowledge evolved over thousands of years, both philosophical Daoism (道家 – Dao Jia) and spiritual Daoism (道教 – Dao Jiao) embrace the entire range of human endeavour, from the belief in gods, spirits and various superstitions, to complex and highly logical systems of medicinal knowledge and meditation-led psycho-physical development.  The first part of this text is an English translation of a scientific article from China covering the apparent link between a reduced diet and the ability to live longer, whilst the second part is a summation of Daoist techniques as compiled by the very famous Daoist Immortal ‘Li Daochun’ (李道纯) who lived during the late Southern Song and early Yuan Dynasties.
ACW 24.5.2016

Scientists have demonstrated a link between eating less and living longer.  This research focused upon the restriction of food intake in monkeys, and the results suggest that there is a correlation between an optimum reduction in calorific intake, and the prolonging of life expectancy.  This experiment involved the observation of 100 monkeys who were allowed to eat normally, and another 100 monkeys who were restricted to around 70% to 80% of their normal calorific intake.  Over a 10 year time-span, 50 of the monkeys who ate their normal diet, died.  However, the monkeys on the restricted diet looked slim and healthy, and rarely developed illnesses or diseases.  In a 10 year comparative time period, only 12 of the restricted diet monkeys died.

The scientific reasons why dieting extends life expectancy is as follows:

1) Eating less food reduces the burden upon the stomach.  Excessive intake of protein and fat into the body, overly burdens the digestive system, and this leads to indigestion.  This creates a slow digestive system, whereby undigested and partially digested food remains in the stomach for too long a time, allowing the build-up of toxins and carcinogens.  This does not only cause the development of intestinal diseases, but also leads to these toxins and carcinogens being absorbed through the intestinal lining into the blood system, where the heart, brain and nervous system are subject to attack – causing damage and aging.

2) Eating too much food causes metabolic disorders in the brain.  Research has shown that when too much food is eaten, this stimulates the rapid growth of harmful (collagen producing) fibroblast cells in the brain, when compared to the effect on the brain of a reduced diet.  This creates (fatty) adipocyte cells and increases capillary endothelial cells (that thicken the inner lining of blood vessels), which can lead to the development of cerebral arteriosclerosis, through which the cerebral cortex suffers from an insufficient supply of oxygen.  This causes the atrophy of brain cells and the loss of brain function.  This often leads to dementia and a shortened life-span.

3) Eating too much food causes cell damage and premature aging.  When more food is eaten, more oxygen is needed to fuel the digestion process.  An increase of 2% in oxygen intake (for digestive purposes) can create the conditions for the production of harmful reactive oxygen species (i.e. ‘free radicals’).  Oxygen can be an extremely reactive substance, harmful to the human body, which can cause cell damage, hardening of the arteries, illness, aging and even death.  The greater the energy intake of the body, the more reactive oxygen species are produced, which shorten the human life-span.

4)  The long-term eating of too much food makes people fat, causing arteriosclerosis, coronary heart disease, diabetes, cancer and many other diseases.

In fact, in ancient China, there was often a discussion about the issue of diet in relation to longevity.  The ancient sages devised the diet of ‘Avoiding Grain to Prolong Life’ (辟谷养生 – Bi Gu Yang Sheng).   Today, in modern China, living standards are far better than in the past, but this has caused a health problem.  Not only is there now fine rice flour to eat, wine to drink and ample meat and fish, but middle-aged people who have spent their lives pursuing a career (and have gotten a pot-belly and neglected their health during the good times) are getting ill and dying whilst still young.  These people do not realise that an extravagant lifestyle leads to poor health and the development of many different illnesses.

According to information compiled by Li Daochun (李道纯) during the Yuan Dynasty, there were over 3000 methods of Daoist health and longevity self-cultivation exercises in existence, but only about 200 had been written down in Daoist books.  All these methods and exercises can be summed-up and placed into ten broad categories:

3) Within spiritual Daoism the mind (and ‘intention’ [意 – Yi]) can be focused in three ways, but these can be summed-up through the self-cultivation method of ‘Stilling the Mind’ (静功 – Jing Gong).  ‘Circulating Qi’ (行气 – Xing Qi), is a practice driven by the correct use of the breathing mechanism, and the appropriate focus (and discipline of the mind) in a method referred to as ‘Cultivating the Intention and Understanding Law’ (意念修炼法 – Yi Nian Xiu Lian Fa) – with the discipline of the mind being paramount, qi circulation is strengthened and circulated.  However, just as there can be no river without water, controlling the mind and increasing qi flow may seem different and unconnected facets, but in reality the mind function complements the qi flow (around the body), and qi flow around the body complements the enhanced functionality of the mind.  The essence of the ancient method of ‘Energy Centre Self-Cultivation’ (内丹 – Nei Dan) lies in the fact that a calm and directed mind creates the conditions in the body for the enhanced circulation of qi energy.  The mind is calmed by focusing attention upon the breathing mechanism, which is then deepened and strengthened, thus improving and magnifying the intake of air and qi energy into the body, and boosting the over-all qi circulation.  The use of the mind, breath and body-posture in this manner is a well-known historical self-cultivation technique in China.

4) Nei dan as a ‘Cosmic Circulation’ (周天 – Zhou Tian) category, refers to the ‘Prenatal’ (先天 – Xian Tian) cultivation of ‘Essential Nature’ (jing), ‘Vital Force’ (qi), and ‘Empty Spirit’ (Shen) as a form of self-developmental ‘Medicine’ (药物 – Yao Wu).  This is achieved within the body by refining the (three) energy fields or centres of self-cultivation.  Within spiritual Daoism there are many authoritative methods (法 – Fa), but ‘nei dan’ (or ‘Inner Alchemy’) is generally referred to as the most exquisite of practises, because it is the most profound and well-developed of all Daoist self-developmental techniques.  This is why nei dan is considered the essence of qigong (气功).

5) The practice of ‘Avoiding Grains’ (辟谷 – Bi Gu) falls within the category of abstaining from eating food, or particular types of food.  Bi Gu is also known as ‘Declining Grains’ (却谷 – Que Gu), ‘Cutting-off Grains’ (休粮 – Xiu Liang), ‘Abstaining from Grains’ (绝粒 – Jue Li), and ‘Breaking with Grains’ (断谷 – Duan Gu), and so on.  This is a practice over-time that develops the inner body.  In fact this can be practised over a long period of time, and involves not eating vegetables, grains, or cooked food.  Within traditional Chinese practice, the Bigu method is used to build robust health and prolong life expectancy.  In this technique food is reduced, but not completely cut-off.

6) This is the category of taking in or imbuing nourishment such as that found in Jujube, Lingzhi (灵芝), Linseed, Wu Jia Pi (五加皮), Fuling (茯苓), Chinese Wolfberry, Rosin, Schisandra Chinensis, Ginseng, Radix Rehmanniae Exsiccata, and many other similar compounds that build and preserve health.

8) This is the category of the art of daily living, which includes self-cultivation techniques for building robust health and longevity - preserved within the philosophical school of Daoism.  These exercises are centred around nei dan practice, and include the ‘Circulation of Qi Energy’, ‘Clearing Perceiving the Mind’ (存思 – Cun Si), ‘Diet’ (服饵 – Fu Er), ‘Bedroom (Sexual) Arts’ (房中 – Fang Zhong), ‘Stretching and Leading’ (导引 – Dao Yin), and other external arts.  Also included are training regimens that include nourishing life through training the mind and body in the realising of the Dao (道).  This includes meditation practice whilst standing, sitting and lying down.  There are instructions for food and drink, as well as spoken language, and mood, as well as many other methods.  This really is an impressive and all-encompassing body of profound Daoist knowledge to assist in the quest for Immortality.  Included are ‘Four Seasons Recuperation Law’ (四时调养法 – Si Shi Tiao Yang Fa), ‘Gathering and Harmonising the Activity of the Mind Law’ (情绪调摄法 – Qing Xiu Tiao She Fa), ‘Dietary Recuperation Law’ (饮食调养法 – Yin Shi Tiao Yang Fa), and ‘Daily Life Recuperation Law’ (起居调养法 – Qi Ju Tiao Yang Fa).

10) Finger Gesture Spells and Charms (指印符咒 - Zhi Yin Fu Zhou).  This is where philosophical Daoism and Tantric (密宗 – Mi Zong) Buddhism share the same practice.  Different positions of the hands and fingers signify the generation of specific spells and charms.  Generally these gestures are considered ‘secret formula’ (诀 – Jue), or ‘Secret Hand Formula’ (手诀 – Shou Jue).  These Daoist hand positions are also known as ‘Gathering the Fingers Together Formula’ (掐诀 – Qia Jue), and there are dozens of variations.  These formulas have the same function as those found within Tantric Buddhism (but the shapes and meanings are different).  Within spiritual Daoism, the finger gesture formulas are known as ‘invocations’ (祝 – Zhu) or ‘charms’ (咒 – Zhou).  There are three categories of accompanying chanting: a) Rhyming verse, b) Non-rhyming verse, and c) Mantras borrowed from Buddhism.