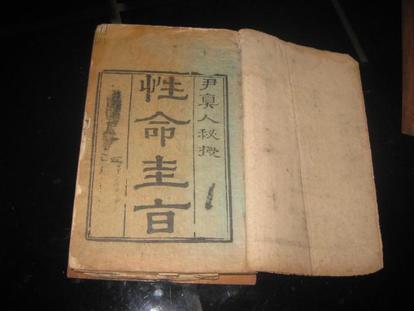 Abstract: The Xingming Gui Zhi has been a very influential and much respected book of Daoist self-cultivation techniques since its inception during the Ming Dynasty.  Although the actual author of this work is not certain, it records the Daoist methods of inner self-cultivation of the vital force (qi) in the energy centre(s) (neidan) so that a state of robust health and longevity (Immortality) can be attained.  Zhao Bichen of the Tao Yuan Temple (桃源观 – Tao Yuan Guan) in Beijing is the Founder of the Qianfeng School of Daoist self-cultivation, and his famous manual ‘Xingming Fa Jue Ming Zhi’ is believed to have been authored (by him) in 1933.  However, a close and careful reading of both manuals suggests that the latter was influenced by the former.  Zhao Bichen’s manual has become a highly influential text in its own right, but it shares many common features with the Xingming Gui Zhi.  The two books serve as depositories of information for the practice of self-cultivation that achieves two clear and distinct aims, namely 1) robust health, and 2) longevity.  Both integrate Confucianism, Buddhism, and Daoism and perceives these three and distinct schools of thought as sharing a single and identical essence – it is this essence that is cultivated in the furnace or stove (through meditation and visualisation).  Both share a common strength of effort (功理 – Gong Li) and a common direction of development (功法 – Gong Fa).  Their shared connection is seen even in the similarity of the two titles – ‘Xingming Gui Zhi’ and ‘Xingming Fa Jue Ming Zhi’.

The Xingming Gui Zhi is a highly influential book originating at an unknown date during the Ming Dynasty that specialises in the practice of Daoist ‘neidan’ exercises.  Despite its fame, the exact author is unknown, which is not an uncommon situation for many Daoist books.  However, the teachings recorded in the manual are believed to have first become known amongst the high disciples of Yin Zhen Ren, and so it is possible that Yin Zhen Ren was the originator.  It is thought that these teachings were eventually written down for the first time during the Ming Dynasty but did not become famous until the latter Qing Dynasty.

千峰草堂  ：赵明旺
©opyright: Site design, layout & content Qianfeng Daoism (UK)  (2014).  No part of this site (or information contained herein) may be copied, reproduced, duplicated, or otherwise distributed without prior written permission from qianfengdaoismuk@f-m.fm